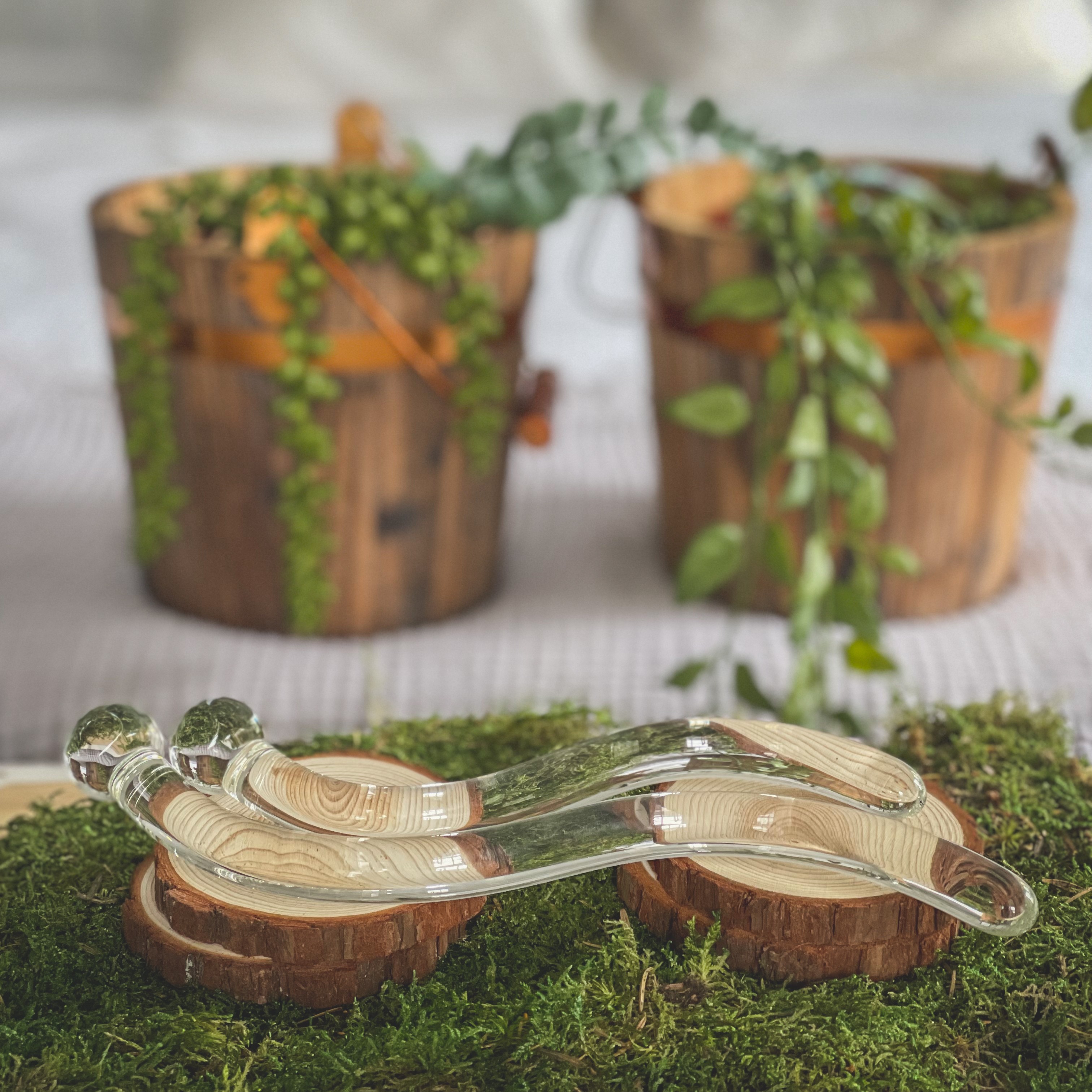 With more than 25 million Americans—and as much as one-quarter of the world's population—believed to suffer from chronic pelvic pain, Desert Harvest offers a wide variety of products to serve pelvic health needs. The newest is the EZ Magic Pelvic Therapy wand, a device used by pelvic floor physical therapists and patients at home to massage, relax, and loosen tight pelvic muscles.

The EZ Magic wand was created and marketed for nearly the past two decades by IC/BPS patient Iliana Brockman. We spoke with Iliana about how she developed the wand, who she has reached with her invention, and it's future with Desert Harvest.

Q. How does the pelvic wand work?

It involves massaging the vaginal cavity, and in the case of a man, the rectal cavity, for pelvic floor muscle release, massage, and relaxation. It can be heated or cooled and cleaned with alcohol, baby wipes, peroxide, or an autoclave. It's curved to reach different angles, allowing for ease of use without being a contortionist. For men, I created the EZMagicXL. The pelvic wands can also be used externally to release pelvic floor and/or body tension.

Q. What led you to invent the pelvic wand?

In the late '90s, I was diagnosed with interstitial cystitis/bladder pain syndrome (IC/BPS) after a lengthy process. I was trying to run a business and going to the bathroom every five minutes.

I started going to a physical therapist and gradually improved, but I still had many flareups. My physical therapist said I'd do much better if I also did those massages at home. I asked, "is there a tool for that?" She said no, and I said, "I'm going to invent one."

Q. What was the process of inventing the pelvic wand like?

I researched the types of materials that were safe enough to use internally and would not harbor bacteria or degrade over time and that I could refrigerate and heat. I ultimately contacted a company specializing in making medical-grade glass products for hospitals. I told them it was just for me and that I wanted to try a couple of different curves or angles on the piece, and I picked the one I thought worked the best for me. I took all three pelvic wands I had made to my physical therapist and didn't tell her which one I liked the best. She also liked the same one.

I had a few more pelvic wand prototypes made, and I tried doing crazy things like dropping them, testing how much weight they could withstand, etc. I started getting serious about it a few years later and paid for proper lab testing.

Q. How did you get into business selling the pelvic wands?

By 2005, I was ready to patent the product. My physical therapist talked me into opening up a little website to sell them to patients. The pelvic wands were so well received by women's and men's health physical therapists, healthcare providers, and patients that the business became the globally preferred brand.

Q. How did you learn about Desert Harvest?

I was in the résumé writing business, and in an online forum for résumé writers, I connected with Pat Criscito, who was a world-renowned résumé writer and also owned Desert Harvest. I also volunteered for the Interstitial Cystitis Association (ICA). A few years later, I was at the American Urological Association (AUA) annual meeting to speak with doctors in Spanish and English to teach them about IC. Much to our surprise, Pat and I met in person—but we already knew each other from another world. She has been my mentor for a very long time.

Q. What kind of people have bought the pelvic wand?

The pelvic wands are pretty much for anyone who has pelvic pain. There are various causes of pelvic pain, but the wand may help those with tightened muscles until they learn how to massage and relax internally/externally. Some patients use the pelvic wand to alleviate the symptoms of IC/BPS, vulvodynia, lichen sclerosis, and other conditions.

Athletes and football players are two of our largest clients in Europe—they use the pelvic wands after groin and other injuries to get back on the field faster. Pregnant women have told us they use it during pregnancy to massage the bottom part of the vaginal opening so it can get used to stretching and after birth to get muscles back to normal functioning.

Q. What do patients say about their experiences with the pelvic wand?

The top thing women say is that they can have sex without pain again—if your pelvic muscles are tight and expecting pain out of anything that touches you, those muscles will contract. Patients say they no longer expect pain after a course of physical therapy, thus alleviating their anxiety at the thought of sexual intimacy. The majority of men are thrilled to get back to their favorite sports and daily activity.

Q. What led you to sell the EZ Magic business to Desert Harvest?

Desert Harvest has always embraced patient care first by providing patients with the best products and ingredients available, which fits perfectly with our company and personal values. I wanted my business to continue helping others and spending time with my mother; I could not do both before Heather's offer. Heather gave me the perfect opportunity to have my cake and eat it too.

No comments available for this Blog